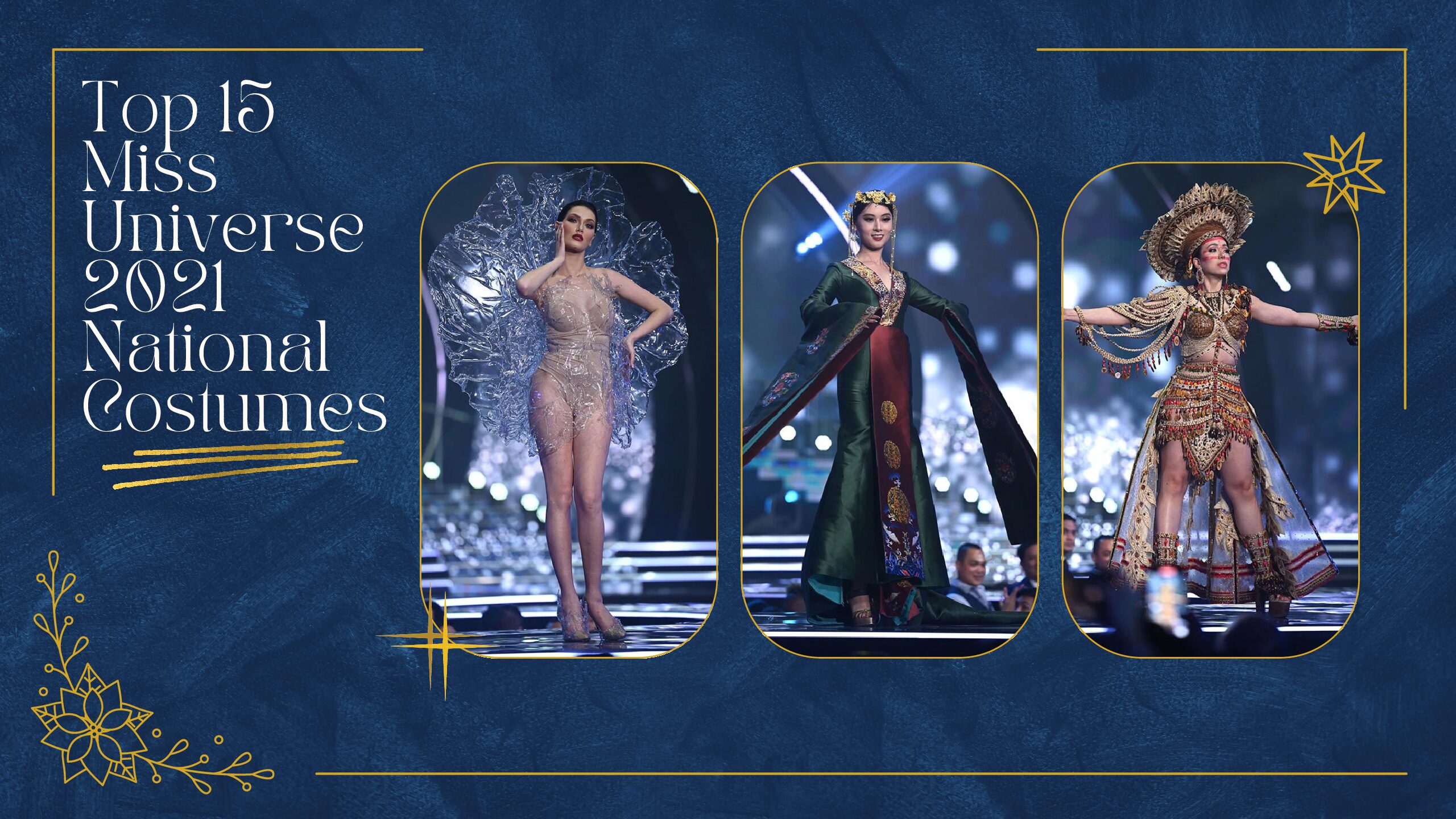 For 70 years, the Miss Universe pageant has been taking place and even during the pandemic, we have a new Miss Universe 2021. Miss Universe celebrates women of all cultures around the globe with different backgrounds and different abilities to share with the world and bring positive change. Women across the world compete to be the next Miss Universe and the winner works as a leader to improve our planet in various ways.

Here are the chosen 15 Miss Universe 2021 national costumes that have stood out the most and have a unique inspiration story to each of the costumes.

In the end, also find out who has been crowned Miss Universe 2021!

The costume was made from recycled plastic and it represents the melting glaciers in Argentina because of global warming and it is a reminder to take care of our planet.

The costume design was inspired by the palomitas from la ligula representing a group of women who bake cake and wave handkerchiefs for people to buy.

The costume is a modified version of a handful. This peony is a national flower of China and it is featured on the sleeves of this traditional costume.

The costume showcases the beauty of Curacao sea life. Since 50 coral reefs have disappeared in the last 30 years. The red fire-like coral in this costume shows awareness of the vulnerability due to global warming.

The costume design was handcrafted with no feathers to support the fight against animal abuse. Inspired by the indigenous people.

The costume is embroidered with gold colour thread and it takes years to make this dress. It is inspired by the queen who wore it during the shan sun dynasty.

The costume was inspired by the ancient Aztec culture, along with the great people of Mexico.

The costume is a tribute to Ceramic Gregorio Bracamonte who is from Nicaragua, who dedicated his life to rescuing pre-Columbian designs carved in clay.

The costume was inspired by the public buses in 1940 that added an upgrade to Panama’s transportation and those buses were painted with the national colours.

The costume has printed feathers along the arms and they are covered in white pheasant feathers to transform lead South Africa from a contestant into a dove of peace.

The costume was inspired by the Spanish architect Antonio Gaudi who passed away 95 years ago. The costume has been transformed into a salamander from Gaudi’s most famous artwork in Barcelona.

The costume was inspired by Ukrainian embroidery. The skirt is made with embroidered hoops and the corset was made from natural weaker, along with the background behind her symbolizes the traditional towel.

Miss Universe 2021 was crowned to Harnaaz Sandhu from India

The costume is a royal visual representation of a woman, along with showcasing the royal Indian queens. The umbrella elements are symbolic of a proactive instinct.

If you would like to see and learn about all the national costumes then click on the link below!