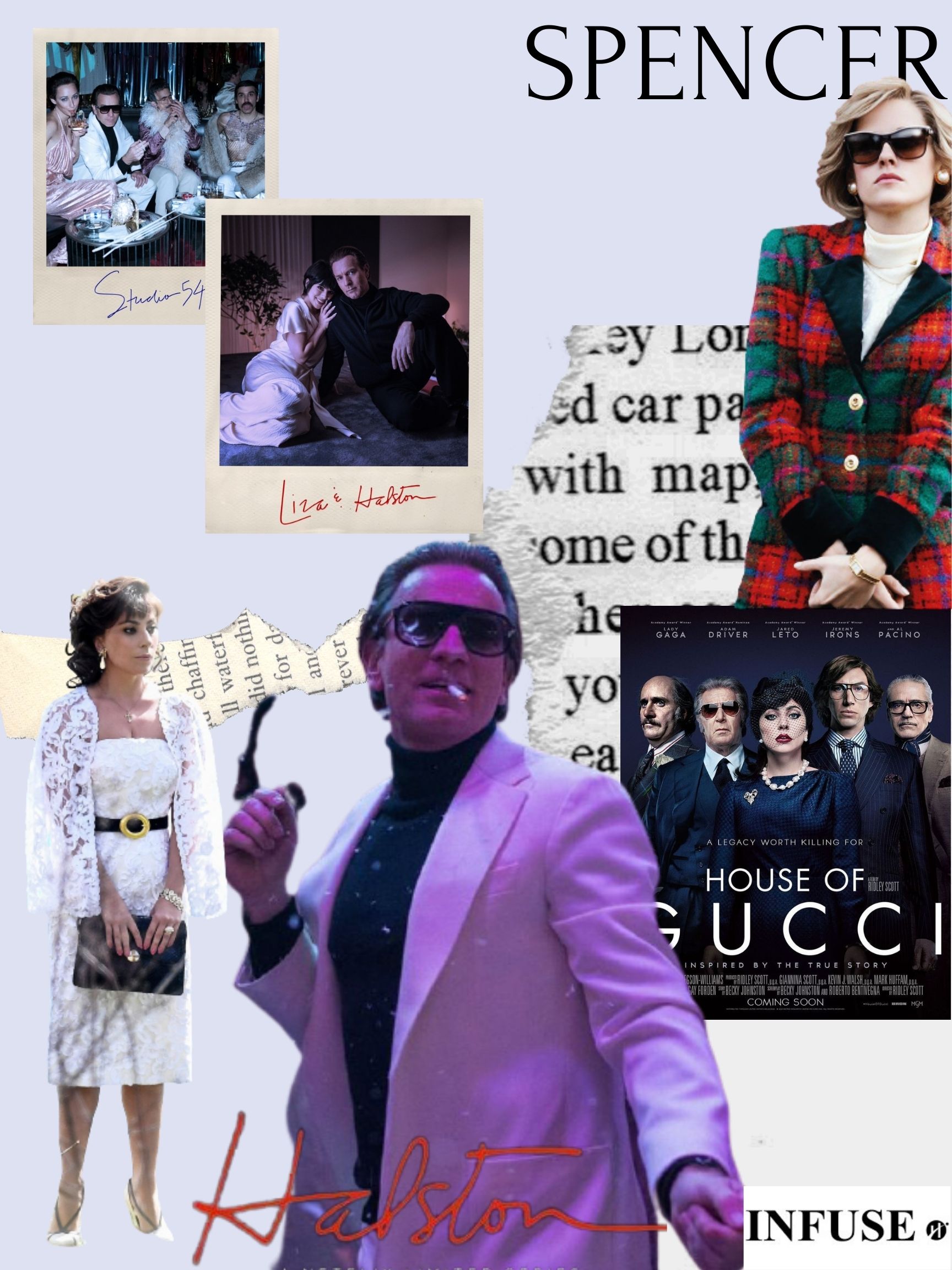 Hollywood is loving the stories behind all the Vintage fashion, designers and Icons. These are the original influencers that have set the standard for classic fashion or even fashion before it’s time. Fashion and style may be always changing and enhancing but without original brilliant and creative minds the industry would never be where it is now. If you want to step into the ever so loved fashion industry you have to know where it all began and the changes we have seen since then.  Netflix and Hollywood have help increase that fashion and style obsession with new shows and movies like House of Gucci starting Lady GAGA, Spencer lead by Kristen Stewart and Ewan McGregor dominating as Roy Halston in Netflix’s Halston. All examples of history in fashion and true inspirations that have paved the way for future designers and Icons.

Gucci, a family name that had adopted fashion and built an empire in Florence Italy. Beginning all the way back in 1921 by Aldo Gucci. The brand had its ups and downs and real drama which completely unfolds in the movie House of Gucci starting Adam Driver and Lady gaga. Director Ridley Scott brings us back to the 80’s when the Family Gucci was still in control of the brand. We watch the story of Patrizia Reggiani and Maurizio Gucci and see inside their relationship and what comes of it all the while seeing what life would be like owning a fashion empire and being incredibly rich.  Receiving a 62% on the Tomatometer on rotten tomatoes. This is definitely Gaga’s biggest role yet acting beside legends Al Pacino and Jeremy Irons and also big names Salma Hayek, Jared Leto and Adam Driver.

Today Gucci is owned by the French multinational group Kering and creatively directed my Alessandro Michele the famous Italian designer working with Gucci since 2015. In the film House of Gucci you will notice the wardrobe colors and classic prints are almost the same as they are coming out with today. Gucci has been doing fantastic lately coming through with fantastic collaborations and getting the opportunity to get their classic prints and logo on even more apparel, Last year Gucci collaborated with the brand North face and this year they are working with Balenciaga.

One of the most famous women in the world, people called her the princess of the people. Princess Diana was truly adored and loved from all corners of this world. She devoted her time to make sure people were seen and listened to. She was known for being a free-spirited loving mother and a absolute style icon. All designers wanted to dress Diana and even has a purse named after her called” The Lady Dior bag” made by luxury brand Dior. Diana had struggles with her weight becoming a eating disorder and mental health struggles and her troubled marriage with Prince Charles only made things more difficult. After her devastating death she is now celebrated as a great humanitarian, mother but one of the biggest style Icons and continues to inspire many styles.

Kristen Stewart stars as Princess Diana in the film Spencer and offers a glimpse into Diana’s life married to Charles and her struggles with that relationship in the middle of navigating the Royal family.

Roy Halston was one of the biggest names in fashion design, with his big personality and life, Ewan McGregor portrays him beautifully in Netflix’s Halston. Halston parties some nights away with friends like Liza Minnelli and sometimes maybe a little too much. We are given a look into the life of the creatively talented Halston and his life in fashion. Halston took over the disco era by storm and will forever be a legend and inspiration.

Lets us know if you got the chance to check any of these movies or shows lately by commenting below, or tell us what your favorite movie about fashion, designers or icons