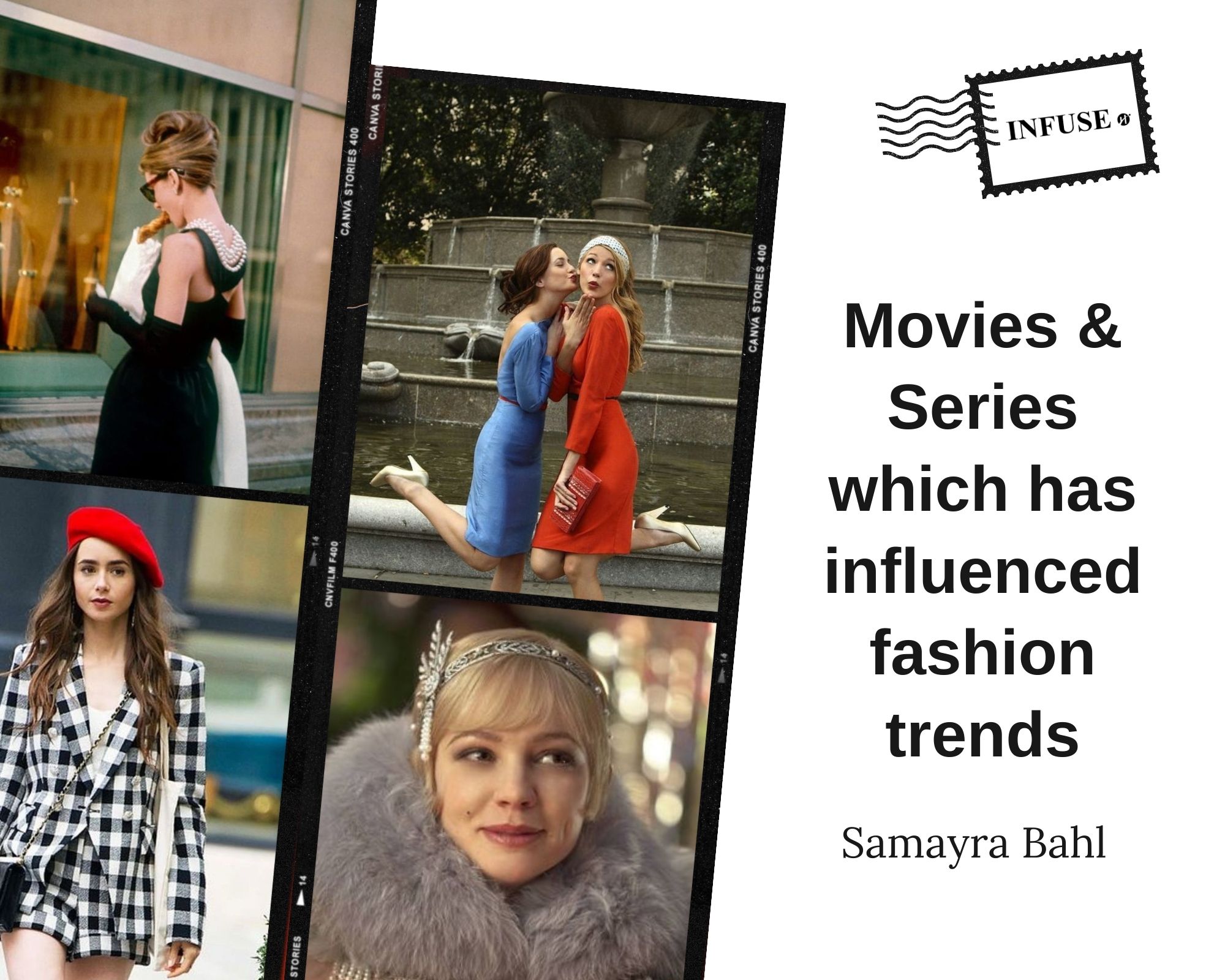 Movies and TV shows have been influencing fashion forever. Today, there are numerous movies such as Breakfast at Tiffany’s, Clueless, Chicago, and Great Gatsby which have inspired the way people dress. How can one not think of Holly Golightly while wearing a black dress with pearls in the opening scene of Breakfast at Tiffany’s or how can anyone forget about the infamous yellow plaid suit worn by Cher in Clueless. Shoppers today are indeed trying and testing various fashion styles and pieces that are featured in movies and TV show series.

Today, we have rounded up movies and TV shows that have been influencing our wardrobes for quite some time now!

A TV series with a group of teenagers, who have a passion for fashion. They even put their own spins on their school uniforms! Blair Waldorf is known for her chic outfits and her headbands, and her on-screen best friend/frenemy, Serena Van der Woodson is known for a more bohemian style, she’s all about skinny jeans and sequins. The series has had a huge impact on its fans. We not only associate the main cast with the brands but their preferred fashion pieces like the way Blair adores her Falke stockings.

The movie undoubtedly influenced fashion. In the Oscar-Winning film, Audrey Hepburn dresses up in a black Givenchy dress, with a stunning necklace made of pearls, and a large pair of black sunglasses. The costume design in this movie played a large role in how the little black dress became a key fashion piece in our wardrobes today. A few other trends like blue jeans, beige trench coats, oversized sunglasses, also came into the spotlight thanks to this movie.

This movie was based off of the Roaring 20s era and has been of significant inspiration to many designers. In 2013 when Baz Luhrmann re-booted Great Gatsby, it sparked an enormous attention to the Flapper Era styles of the 1920s. Similar styles were seen on runways of Marc Jacobs and Prada, and on celebrities like Kim Kardashian, Gwen Stefani and Katy Perry. 1920s fashion wasn’t the only thing to make a comeback, the famous bob-cut came back into the spotlight as well.

The Netflix series has swayed the style of its fans into dressing up like “Emily in Paris”. The show has drawn great attention to a few fashion pieces like the Marc Jacobs Snapshot bag, the off-the-shoulder black gown Emily wore was from Christian Siriano’s Pre-Fall 2019, and the floral puffer jacket from Off-White. Lily Collins appeared as Emily styled clashing patterns and bold prints which the fans absolutely fell in love with!

Which movie or TV show inspired your style? Let us know!