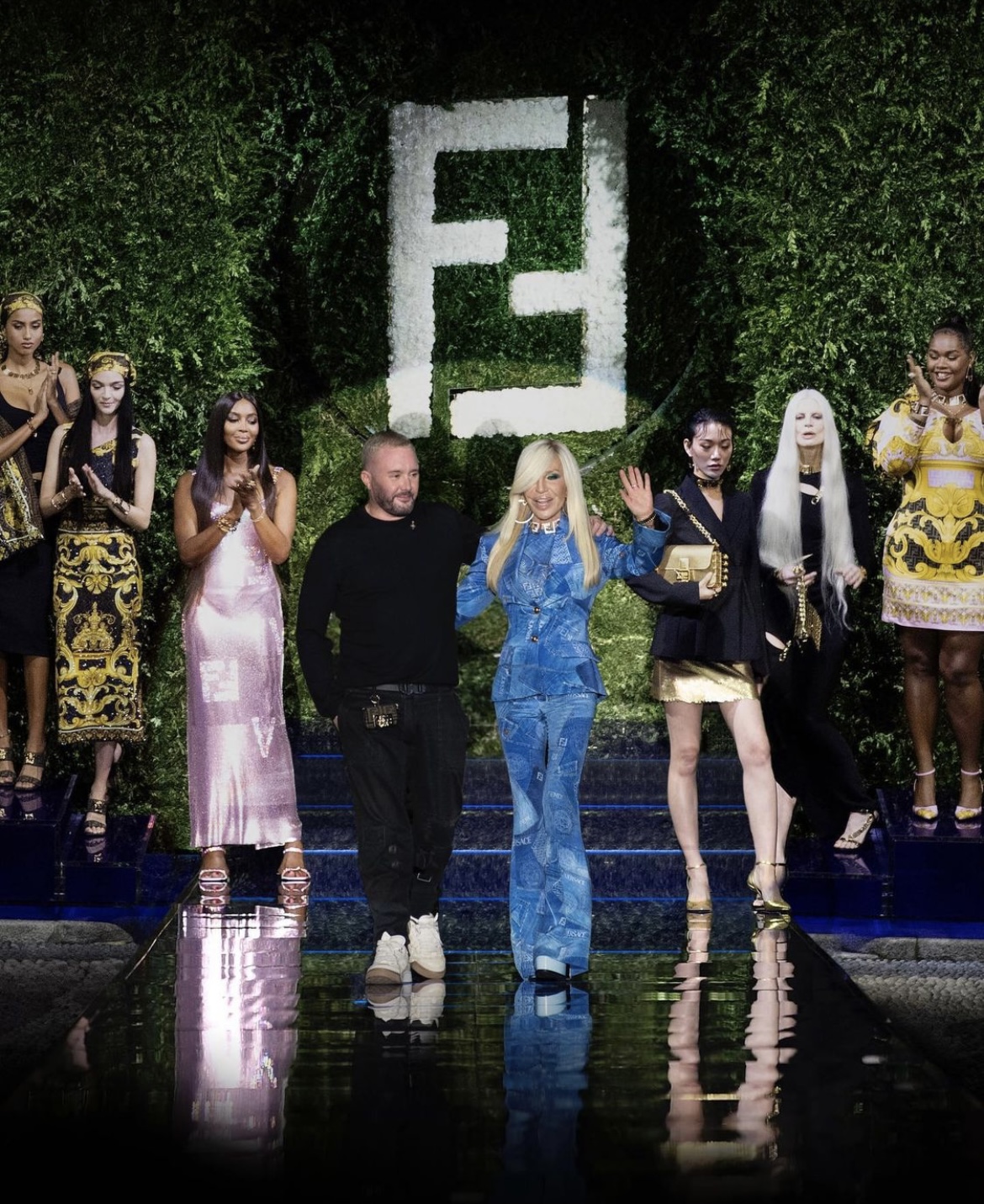 A collaboration no one ever imagined. With the ending of Milan’s Fashion Week Spring 2022, like always, Versace captured the hearts of its audience with another stunning show along with a surprise; Fendi by Versace & Versace by Fendi. The two luxury fashion houses combined and created “Fendace”. The idea was to combine Fendi’s double F and Versace’s Medusa. Like Donatella said “The purpose was how Kim sees Versace and Donatella sees Fendi”.

The creative directors, Kim Jones and Donatella Versace designed 25 looks for each other with a mid-90’s approach. The energy along with the infused logos was just “Way 2 sexy” according to Drake and Future.

First to take the stage were the Fendi designers with supermodels like Kristen McMenamy. The designs were a melange of Gold and Black (Versace’s Grecian motif) with a touch of Fendi’s double F monogram styled with gold jewellery. Next up was Fendi by Versace with designs comparably more colourful than Fendi. The designs altogether screamed bold but in a sexy-sophisticated way.

An iconic moment like this in the history of fashion, the model line-up was even more breath-taking and a cherry on the top. Legendary models like Naomi Campbell, Kate Moss, Paloma Elsesser, Amber Valetta, Gigi Hadid and Emily Ratajkowski added mesmerising charm to the whole event. Like mentioned by Kim and Donatella, it was not a collaboration but rather a celebration of the two Italian fashion houses.

The Fendi double F logo was seen on many Versace jewellery designs such as gold chokers, bracelets and even heels and it was just STUNNING! And as for Fendi, the Versace Medusa made many appearances on the bags by Fendi.

The whole show was just breath-taking and the designs were undeniably incredible.

The show is still on our minds and has captured our hearts. What do you think of the whole mash-up? Let us know in the comments!