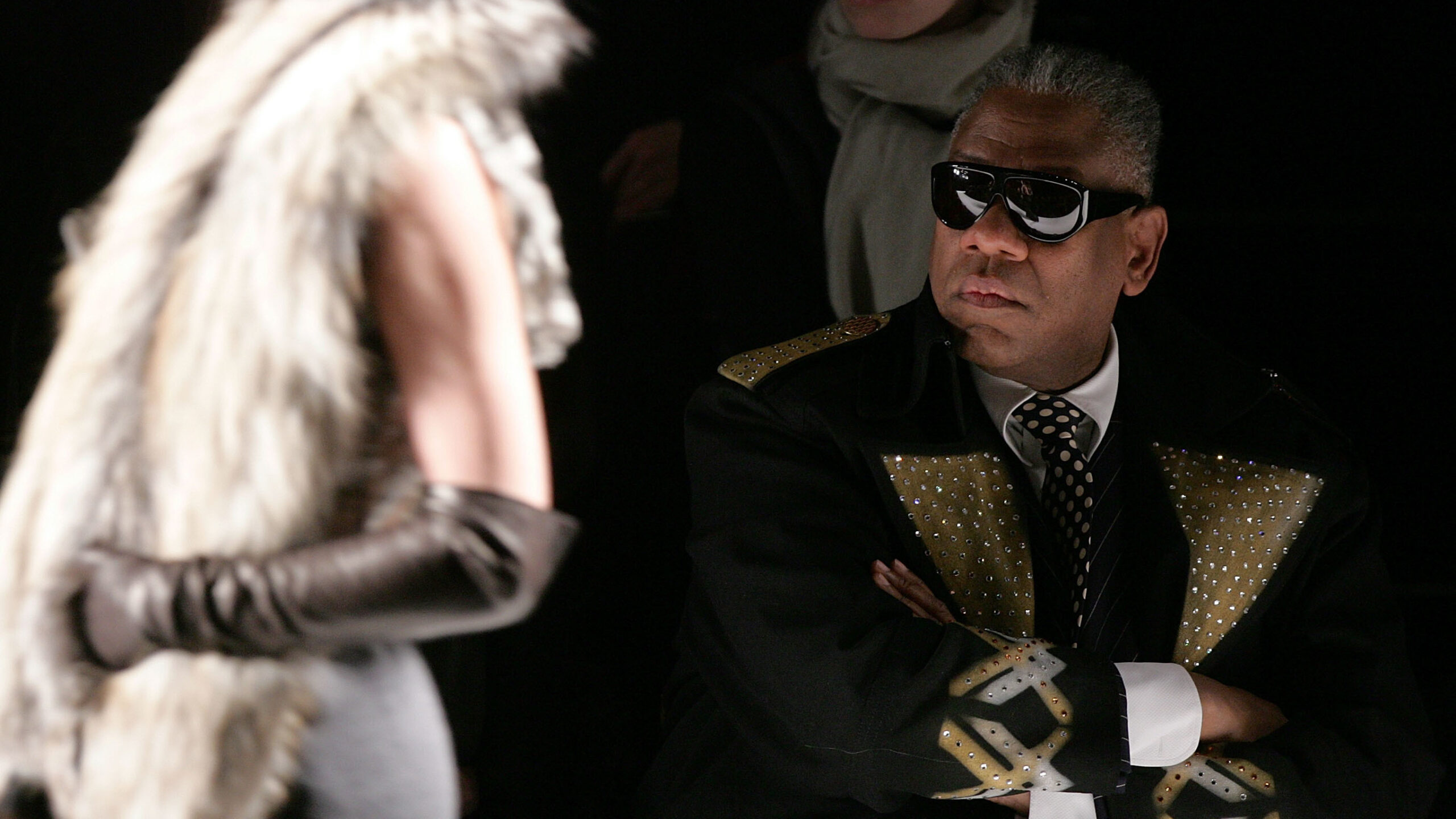 The fashion industry has always had the word “intimidating” attached to it; and while fashion is supposed to be a limitless creative outlet, it has also created boundaries for so many people especially when it comes to gender, race, and size. These are a few of the adversities that Andre Leon Talley had to face as a young black man emerging in the fashion industry while the industry itself was emerging as well. After watching the latest documentary about the Godfather of Fashion, titled The Gospel According to Andre, I not only learned about his unmatched creative eye, but also about the attitude he had towards himself and the society that surrounded him; that is what stuck with me most.

Andre was born in 1948 in a small town in Washington, DC which meant that this soon-to-be fashion innovator would be experiencing his teenage years during one of the most important times in Black History: the Civil Rights Movement. He grew up in a segregated community, went to an all-black high school, and was bullied on multiple occasions for being different in many ways. His grandmother taught him to always be himself regardless of what anyone had to say about him, and that’s exactly what he did! (Thank you Grams for the words of wisdom, otherwise the fashion industry may not have been exactly what it is today!)

While his whole family was well-dressed, people from his childhood all remember that Andre’s style was always over the top and that he stood out at all times, especially when he’d wear his Sunday Best. While his outfits were unconventional, the confidence that came along with them is one of the main factors that helped him become the influence he is today, along with good grades and an amazing support system.

He scored a scholarship at Brown University in New York, and this was his ticket into the real world. Like many of us, he spent a lot of his time dressing up, walking down the runway (hallway) in his apartment, and having photoshoots with his friends. He formed relationships within the industry and eventually crossed paths with Miss Diana Vreeland herself, one of the most memorable editors of Vogue magazine. She hired him to be her assistant and together they created MAGIC. Name a better duo, I’ll wait. This was the start of his iconic career.

As his career progressed, so did the times. Andre completely transgressed what was deemed “acceptable” not only in terms of clothing, but especially in regards to the notion of masculinity. He constantly pushed the boundaries and never played it safe. He wore what he wanted to wear regardless of whether it was made for a man or a woman; to him, it was made for ANDRE. This is the energy people close to him would describe as an “Andreism” and tbh, this is also the energy we all need to have a bit of in ourselves.

Diana Vreeland taught him the language of fashion and he used this language to tell stories through clothing and editorial concepts. In 1996, Karl Lagerfeld collaborated with Andre on a spread in Vanity Fair titled Scarlett ‘N the Hood, a spoof of the movie ‘Gone With the Wind’. They hired Naomi Campbell as the main model and reversed the roles in which the white people were depicted as servants and Naomi Campbell (a beautiful, black supermodel) as royalty. This is the language of fashion he used to emphasize black empowerment without actually using any words. Andre made it a point to never forget about where he came from. That was an important line for me and I appreciated the fact that he didn’t leave his roots in the past.

While Andre Leon Talley may be a fabulous and outspoken fashion personality, there are many respectable aspects about him. His story reminds me that WE ALL can achieve everything we want so long as we keep our eyes on the prize. It doesn’t matter where you come from or what obstacles you face, you can always get past them with confidence and drive.