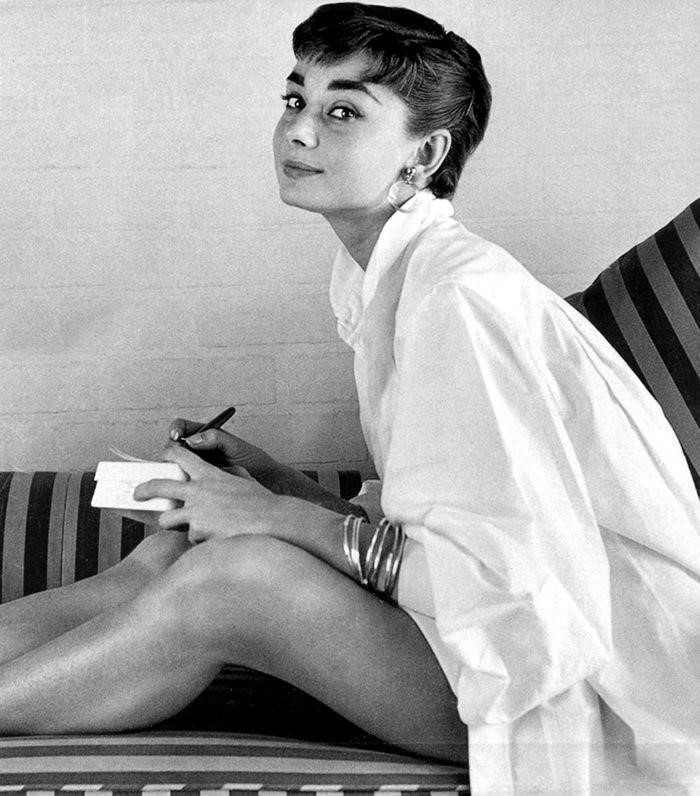 Idolized for her humanitarian projects and fashion sense, Audrey Hepburn was the biggest fashion icon in the 60’s. Are you familiar with the little black dress? Audrey Hepburn was the woman who was a part of the creation of the classy black dress. She worked for Givenchy in his early years, and because of this, she was a role model for every woman in the fashion industry. She brought a new perspective to the fashion industry and to women in general. She encouraged women to feel confident in their own individual bodies. She opened up the door for women to feel good about the way they look. Let’s take a look at the classic looks that still stand strong today.

The little black dress is what they called it, the most famous, jaw dropping dress that was worn by Audrey Hepburn herself, in the film “Breakfast at Tiffany’s”. This dress is still famous, today as it is the staple in every woman’s wardrobe. Many fashion experts see this dress as the dress that was created to never go out of style, that could flatter many body types and was aimed to be affordable to a wide market. Audrey Hepburn wearing this dress showcasing graceful class, simplicity and polished.  This dress was one of the first moments the world got to see Audrey’s simplistic yet classic fashion sense. This was one of the pieces that started her career in the fashion industry and the film industry played a big role in the portrayal of her style. This dress in particular was fitted and cinched at the waist to portray an hourglass like figure, showing off the features of the women’s body. You can see variations of this dress on runways today, like the photo on the right, which as you can see, resembles the famous little black dress from the similarities in the neckline and the cinched waist. The little black dress is a timeless piece that will be seen in the fashion industry for years to come.

In the 60’s there was a breakthrough in women’s fashion. Women’s fashion before Audrey’s influence was very professional and conservative. With Audrey in the picture, fashion became more colorful, and captivating with different textures and cuts of fabric emphasising different features in the women’s body shape. The original button up shirt was worn by women and it was more fitted to their structure. Audrey broke the rules and normalized the button up top to be worn as an oversized garment. Instead of the usual flared out bottom and fitted top, she played with fire and swapped the two, giving women the opportunity to wear something more comfortable and something they can still wear with a fitted bottom. As you can see in the picture on the right, Hailey Bieber has styled her oversized button up top with body-hugging jeans, dressing up the outfit and making it look chic. This oversized garment is worn by women giving the outfit an edgier look.

Audrey Hepburn’s style was classy and sophisticated. Throughout outfits, she would stick to the theme of classy, sophisticated and simple. Horizontal stripes are what she was known to have as a part of her wardrobe. Did you know that horizontal stripes give the impression of a wider torso whereas vertical stripes elongate the torso? You would see Audrey pair a striped top with a simple bottom like pants or a skirt. In the picture on the right showcases how stripes are portrayed in fashion today. This specific look is created by Givenchy in the 2018 Spring/Summer collection. The striped shirt still plays a big role in the fashion industry today and still respects the simplicity of Hepburn’s fashion sense.

The fashion industry welcomed Audrey Hepburn when young Hubert Givenchy saw the potential in her through her roles in films like Sabrina and Love in the afternoon. Her slim stature along with her short hair convinced Givenchy to work with her and create a new look for women in the fashion industry. From the famous Little Black Dress, to her simplistic blouses and t-shirts, she made outfits look effortless and encouraged women to express themselves in ways that made them feel confident. Audrey Hepburn will always be known as a legacy in the fashion world.