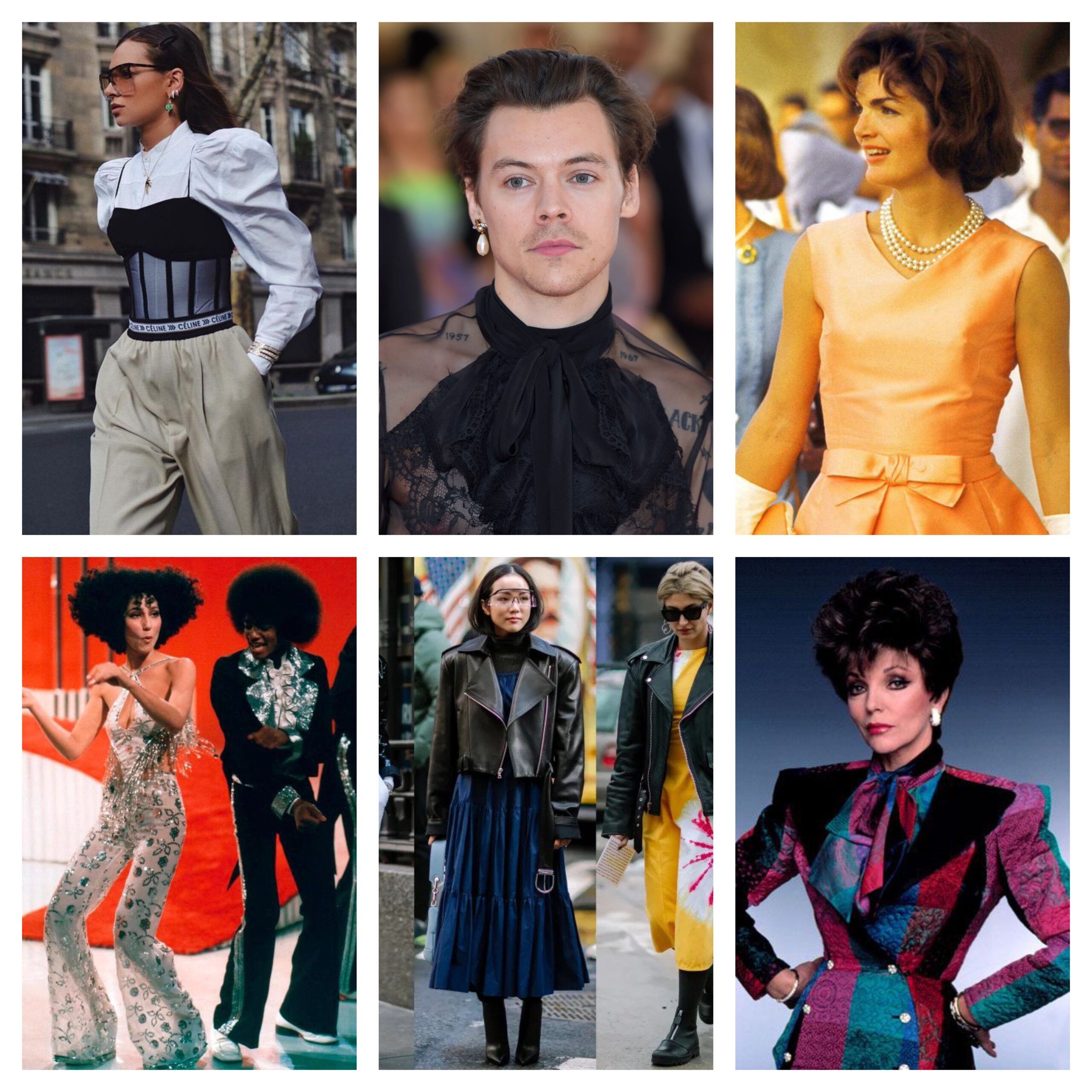 Fashion as an element has always been progressive in nature. It has shown periodical shifts and modified itself blending in well with the “spirit of a certain time or era”.  Talking of the spirit of the time, who can forget the Victorian corsets of the 1800s or to the other end the free-souled flappers of the 1920s. The advancement has been extreme as well as soft and sometimes even rebellious but never did it pause. That’s the beauty of fashion which shifts and modifies itself with the culture, politics, norms, or even technology, budding up some trends along the way!

The trends or the defining clothing of that era stayed and ruled and then made a comeback modifying itself with the time. So, it rules and then reforms to come back keeping it cyclic.

Below, are 5 iconic elements from different eras that ruled that time and resurged.

Corsets, a fashion piece we are all so familiar with and that defined the 1800’s and 1900’s for quite long. A piece that formed the basis of the women’s dress and had to be worn to be ‘adorned’.

The piece rebooted on the runways and was highlighted in the Mugler’s S/S 20 collection. It soon made its way to our fashion wardrobes as an outerwear piece being more refined and liberated, changing the whole use and functionality if compared to the 1800’s and now.

Pearls, an ‘ICONIC STAPLE’, reminds us of ‘CHANEL’. They are one of the finest and most precious gemstones that have impeccably stood the test of time. Used as a symbol of royalty, elegance, power and an elegant charmer, it has been there throughout. Pearls had so much value during the ancient times being unique and exemplifying wealth and status just as it does today as well.

Although, it’s still the preferred gemstone of the royal family but the modern ideation is not only embracing it like a necklace but also in pearl drops, hair clips, matching it with streetstyle or even using it for a makeup trend on eyelids for a statement eye makeup look. Thus, having a fit everywhere..

The strong, stiff and solid ensemble has often taken the names like the biker, the motorcycle or just the regular classic fit. The inception of the jacket dates back to the 1900’s and was first used by the pilots. Jimmy Stewart- An actor, pilot, military officer made the leather jacket extremely famous.

The jacket has been used as an expression of style ever since, be it with the grunges, the rock culture, the punk era and still remains a classic today. Having so many facets, it has emerged to be quite a quintessential piece.

Bell Bottoms also known as flared pants made quite the rage in the 60’s and 70’s all thanks to the Disco era and of course Cher with her ever so iconic looks. Accentuating the waist and making one look elongated is one of the key features of the silhouette. Although now the amount of flare, fall and structure has taken different shapes, it could still be a staple in many wardrobes.

Well, we won’t shrug away from saying that this is our favourite trend! Taking cue from the power dressing trend that started in the late 70’s and defining the 80’s, it’s just so powerful and speaks for itself.

The shoulder pads to us, give a sense of professional authority and perfectly describes

Which trend did you relate to the most? Is there a particular one you swear by?